Swarm of the Nanobots 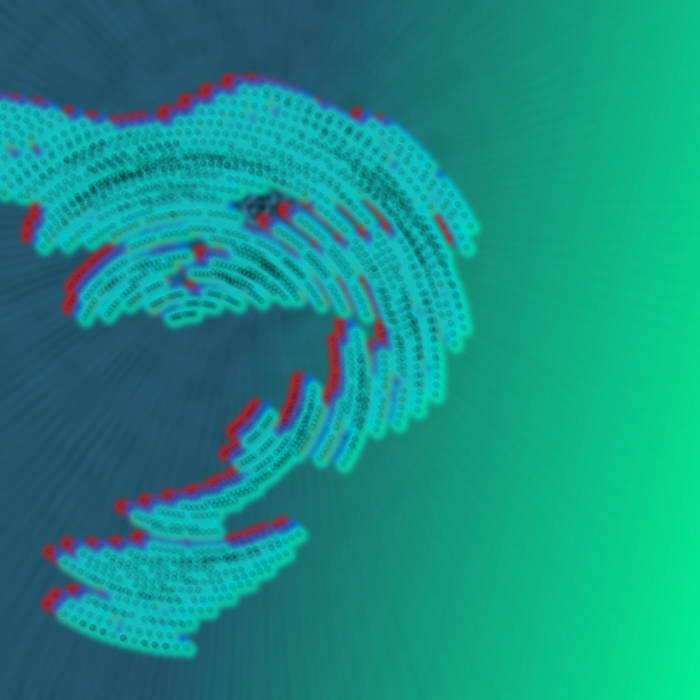 Story:
The swarm of the Nanobots is approaching.

Artist Notes:
This microtonal mayhem is an exploration of swarming notes and joyous distortion that was inspired by the Dewanatron Swarmatron instrument.

Instrumentation & Instrumentalities:
I performed and recorded this in one real-time pass with no edits on an Elektron Octatrack.

From a sound design perspective - I was working to emulate an instrument called the Swarmatron www.dewanatron.com/instruments.php?page=swarmatron.

"The Swarmatron was created to produce eight tones tuned approximately to one note, each tone slightly different in pitch to produce a complex and natural choral effect. These eight oscillators can be played with a single ribbon controller (variable resistor) to move the pitch center up or down. The span control expands the sound of a swarm of eight notes spread just a few cents apart into a wide chord of equidistant pitches spread over the entire spectrum. The player can "taffy pull" the resulting chord by using the span control and pitch ribbon in tandem. Swarms of sine waves evoke swarms of angels congregating. Swarms of sawtooth waves evoke the swarming of bees. The sound of a host of voices, earthly or unearthly, has a unique character recognized by the ear even when they are folded together in unison."

To pull this off with an Octatrack, I sampled sawtooth wave from the Nord into track 1 of the Octatrack using a Flex machine. I used the on-board audio editor to normalize the audio; set start, end an loop points to zero crossings; and then cropped the sample. I duplicated this idea on to tracks 2-7 in pointed Flex machines for those tracks to the same source sample. I went through each track and panned and slight detuned each one. I configured each track to have slightly different effects. So some had chorus delay. Others had filter and phaser etc… all in the box. Track 8 is a master track with filter and reverb in Part 1 and in Part 2, comb filter and reverb - so my Swarmatron is 7 voice :^) I made some scene B variations so the crossfader would either detune or change the playback speed emulating the swarm. Like a real Swarmatron, I use the track mutes to bring oscillators in and out.

All the distortions are intentional (as in I'm not over-driving the inputs). I'm super happy with the non-linearities in this and I think this shows once again that digital can be unstable and organic when you use feedback in effects circuit models in the proper way.

I'm a synthesist releasing electronic, experimental, and ambient music with cinematic arcs. My catalog spans back over 10 years.

Benji B talks about his new compilation ‘Deviation Classics’