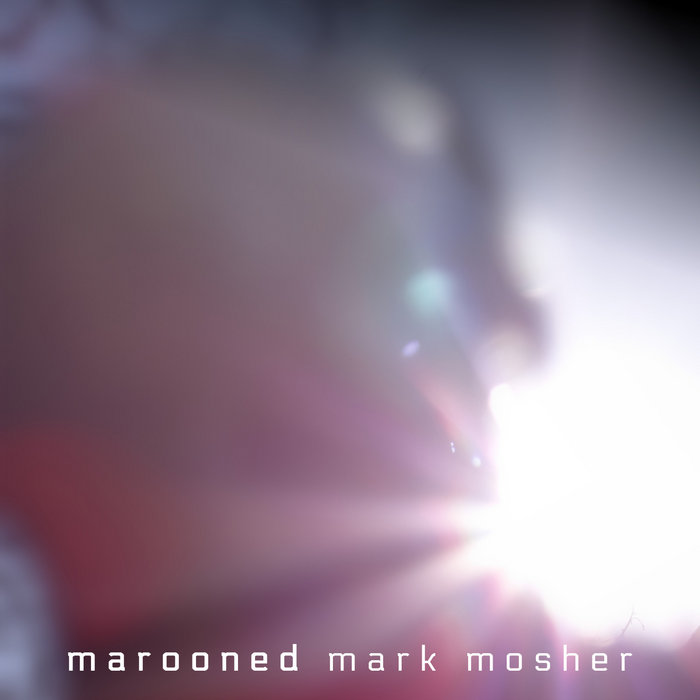 Marooned is an original cinematic electronic soundscape. I think of it as a score for a film yet to be made. An Earth ship crashes on a massive moon and the only hope for the crew's survival is making it across a harsh landscape to an alien outpost for a first, and uninvited, encounter.

This soundscape is in the same universe and is a prequel to my alien invasion concept album series Reboot, I Hear Your Signals, and Fear Cannot Save Us. Unlike the first three albums which contained shorter composed and often groove-based songs, this album contains a single long-form recording combining electronic tonalities and abstract expressionist music.

This work is an example of live sonic storytelling and was recorded in one pass (with no prerecorded sequences, overdubs, or edits) after weeks of improvising and rehearsal.

"Mark's work is always impressive on many levels, but this one really shows us just how big a universe his imagination inhabits." - Chris Stack (www.experimentalsynth.com)

"Mosher's deeply textured, dystopian, abstracted electronic flow on 'Marooned' is quite impressive. Crackling percussive klang, deep-stun lasers, detuned thickness, omnivorous low end, it's all here. Knowing that it was done exclusively in one pass lifts it into the realm of extraordinary." - Jeff Green

2 ON THE SURFACE
2:08 Regaining Consciousness
4:14 Being Scanned

6 INSIDE OUR HEADS
15:00 Extracting Secrets of Man and Machines

7 DREAMING OF HOME
18:22 Extracting our Dreams