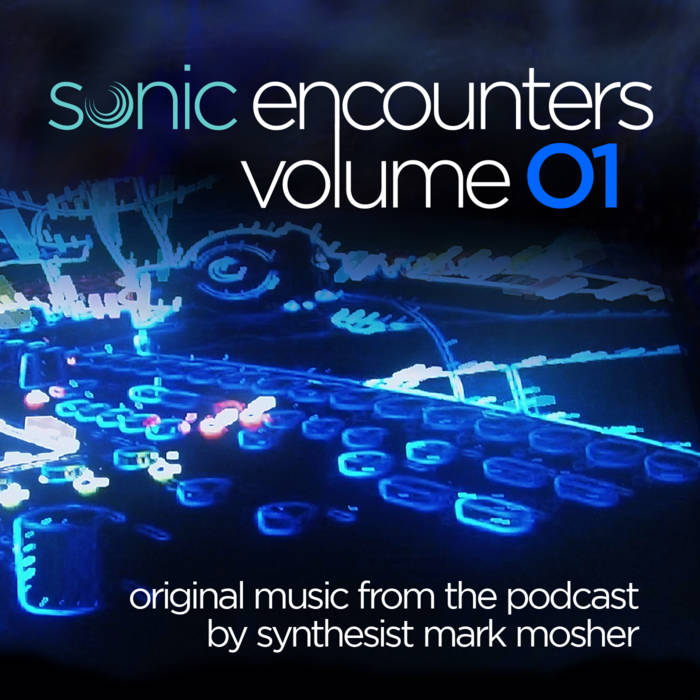 The Sonic Encounters began as a podcast in 2015. After each season of the podcast completes it is released in album form. Volume 01 is a double album and contains 14 tracks with a running time of over an hour and 45 minutes!

The following review of the original podcast that does a nice job summarizing the concept of Sonic Encounters Soundscapes...

“Goosebumps and Deep Breaths… these rich soundscape “stories” sincerely do thrill my senses.

The concept for Sonic Encounters (so far, and in my interpretation) is this. You read a short text (sometimes the title is enough) on the premise of the “story” before listening. Then you listen to a purely sonic piece of field recording morphed with music, electronic manipulation, and performance, and you’re immediately transported via your own imagination’s 3D projection of his premise.

Mark’s become a consummate sound artist. He creates powerful imagery and elicits surprisingly keen emotional response from the listener without being heavy-handed. His economy and value in precision is proof of his skill. ” – BlindFlyTheater.com